You did it, you bought a brand new gun! But, before you try it out, you should clean it first. Why, you ask?

I recently purchased  a couple new Smith & Wesson M&P 9’s for use by students in my classes. As an experiment, I cleaned the gun before shooting it, just to see what was lurking in the barrel. 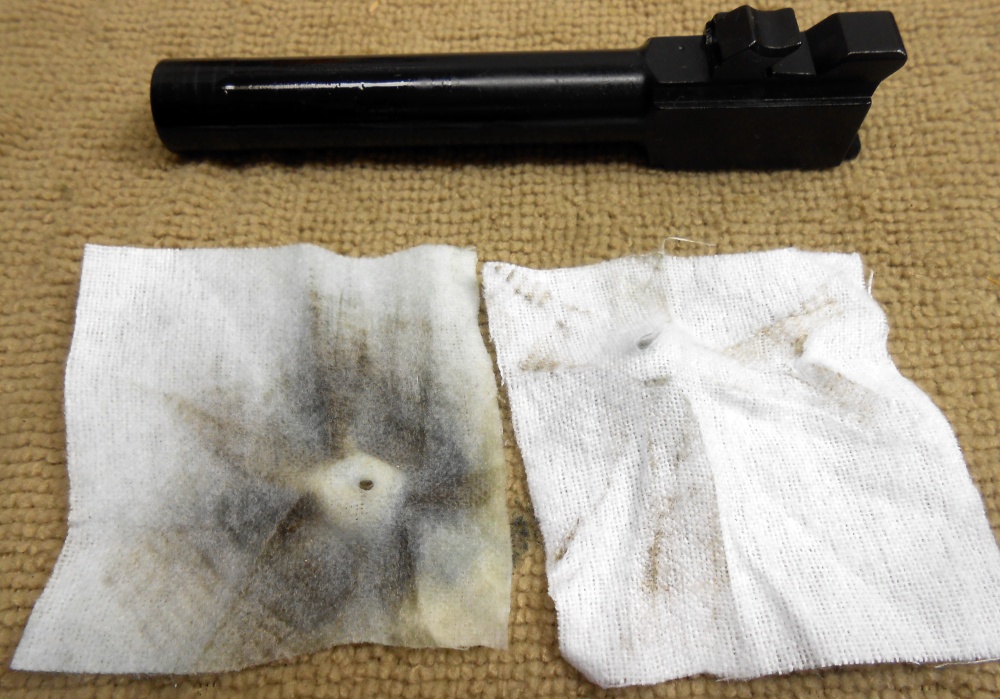 As you can see, the first patch got some stuff out. Is there anything harmful in there, like metal fillings? Maybe not, but the point is, it is not exactly clean. The second patch came out clean, and I ran a 3rd patch down the bore with a little oil on it. I also wiped down the frame and slide and lubed those as well.

Keep in mind, Smith & Wesson is a higher end manufacturer. so I would expect a higher standard of care than other lower end manufacturers. Furthermore, this particular model is in high demand, so it probably didn’t spend much time sitting in a warehouse. If the gun had been manufactured overseas where it had been shipped by boat or sat in a dealers showcase or table as a gun show, would only add to the possibility of getting foreign material in the gun.